I like my YA romances how I like my chicken wings: SPICY!! There’s nothing that keeps me turning the page more in a book than an intense romance between characters that can’t get enough of each other, are trying (but failing) to resist their temptations, and exploring all the *sizzling* chemistry they have to offer. YA can definitely branch off into some not so innocent territory which means I’m here to help us keep track of which reads offer the most bang for your buck— if ya know what I mean.

This is by no means an extensive list of the spiciest romances in YA, but here is a comprehensive list from least spicy to most spicy that you might want to pull out a fan for. I won’t be going into much detail to avoid spoilers, so enjoy these little samples of flavor in case you want to know what exactly you should expect.

Turning on the Heat

Beyond the Ruby Veil 🔥

“My hand seems to have gotten tangled in something soft—her shirt. Beneath, I can feel the warmth of her body. I can feel her stomach rising and falling as she breathes.”

This YA fantasy comes in quite low on the list, but don’t be deceived by it’s ranking. It’s not to say the steam is non-existent but this is for sure a SLOW BURN enemies to lovers romance that really takes it’s time to develop the chemistry between our sapphic love interests. Their attraction is weaved in subtly and lays the groundwork for all the spice to come in the sequel and finale book, Into the Midnight Void. Patience is a virtue and while the MC of this duology may not have any of those, if you consider yourself a patient person, the build up to all the sapphic bloody chaos will be worth the wait.

“A girl who burns me and shocks me and shatters me with a single touch. And I kissed her. And she kissed me.”

Here’s a modern paranormal romance with a relationship that’s sweet and filled with tension. I would say it’s more dreamy than steamy as it’s mostly just very passionate kissing (which is also fine with me!), but the romance heats up as the series goes on. The love interests, Lena and Ethan, have a long history and a lot at stake if they choose to love each other and that bit of a danger adds just enough spice to keep you sucked in.

Well, a picture says a thousand words, and I am definitely seeing all the drama that Fence has to offer. Here’s one of those stories of undeniably chemistry that our MC and his love interest try to resist but circumstances simply will not allow them to stay away from each other. In this novel, the things left unsaid, the subtle looks, and the small steps toward something more matter A LOT. So, while it may not be outright spice all the time, the “Will they? Won’t they?” tension really builds up and adds some tasty flavor.

“He kisses me hard, with a kind of devouring desperation, fingers digging into my hair. Our mouths slide together, teeth over lips over tongues. Desire hits me like a kick to the stomach. It’s like fighting, except what we’re fighting for is to crawl inside each other’s skin.”

If this isn’t the mother of all of enemies to lovers romances, I don’t know what is! The Cruel Prince starts out with some extreme distain between Jude and Cardan, but after a shared goal forces them to spend a lot more time together… tensions of a different variety start to form between the two. Aside from some dangerously passionate kissing, I’ll say the first book might be a little tame. But there are two more books in the Folk of the Air trilogy that allow them to explore that chemistry, and it only gets more intensely juicy up to the very end.

“I return Dez’s kiss with a fury I’ve kept locked inside. I hardly know where to put my hands. All I know is that I want to touch every part of him.”

If you like childhood friends to *passionate* lovers, then let me introduce you to Incendiary. This trope is fantastic because that extra layer of connection really adds something to a romance and makes it that much spicier. You can see how much devotion and care the couple has for each other! Now just because they’re friends doesn’t mean it’s easy; Renata and Dez’s relationship is absolutely put to the test and with the way book one ends, I have no idea whether they’ll end up being end game! But I am here for the steamy journey to continue in the concluding sequel, Illusionary.

Girls of Paper and Fire 🔥🔥🔥

“Instead of disappearing, she makes me feel reappeared. Reimagined. Her touch shapes me, draws out the boldness that had been hiding in my core.”

A sweet but steamy sapphic romance is at the core of this complex fantasy, and it’s delicious. Often times heavy with themes that confront sexual assault and abuse, this book makes the list because of the tender, slow burn romance that represents reclaiming your body after it has been forcibly taken. The intimate tension between characters Lei and Wren makes every stare intense and every touch matter. Their care for each other radiates off the page and only intensifies as their story continues in Girls of Storm and Shadow and Girls of Fate and Fury.

“I want you more than I’ve ever wanted anything.”

Honestly, a morally gray, bisexual wizard infiltrating a corrupt magic school is spicy enough in itself, but there’s also kissing and beyond which is pretty great, too. First of all, we love a bi protagonist in this household! Second, just a warning that there may be a love triangle in this YA fantasy, but to me that just means twice the spice. And spicy it is because whether our main girl, Alka, is secretly plotting the downfall of an evil institution or making out with hot people, she does so with fiery passion! There are a few steamy scenes in It Ends in Fire, and Andrew Shvarts definitely knows how to write chemistry. It’s too bad this one is a standalone because I would totally be down for more!

“He smiles and the space between us closes, our bodies knitting together, legs between legs, arms wrapped around bodies, hands running up and down. I pull away, enjoying myself too much.”

Okay, I was genuinely shocked by how hot and heavy this YA contemporary set at a summer camp gets! When Randy, or Del as he has decided to rename himself, returns to Camp Outland for another summer, he’s determined to get the guy (Hudson) by any means necessary. And that includes reinventing himself to be a more masculine gay. Del’s only rule is that he cannot let Hudson get his clothes off, refusing to be another summer fling for this gorgeous boy. Let’s just say that Hudson tends to make following that rule VERY difficult, and I am here for all the spice!

“And the truth was, being with him made me feel attractive. The way he touched me. The way he kissed me. I could tell his body wanted me.”

This is another contemporary I was surprised to find had A LOT of steamy content in it. Judging the book by the cover, I would have definitely assumed I was in for some mild, fade-to-black romance scenes. But that’s why you should never judge a book by its cover! For being considered the “Designated Ugly Fat Friend,” main character Bianca sure does get into a lot of spicy situations. Which just goes to show that there really is no such thing as a DUFF because everyone feels like the DUFF sometimes. It might take Bianca a while to come to that realization, but I sure did enjoy the steamy journey she takes to get there.

“My face is in his hands and my lips are at his lips and he’s kissing me and I’m oxygen and he’s dying to breathe.”

Okay, 15-year-old me was obsessed with the original Shatter Me trilogy! A powerful female main character, hot boys vying for her attention, and a great but terrifying force that keeps her from being with either of them? What’s not to love? Throughout her character arc our MC, Juliette starts to become more comfortable with herself and more confident in what she wants— which means steaminess ensues! Seriously, the fact that I can remember the exact chapter when the spice in this trilogy goes from a solid 50 to 100 says a lot— *coughcoughchapter62ofUnravelMecoughcough*. Tahereh Mafi has since continued this series, turning it into six books. I need to jump back into this world and see how much she turned up the heat!

“His kiss that time was deep and thorough, unhurried and intent. I let the dawn creep inside me, let it grow with each movement of his lips and brush of his tongue against mine.”

The A Court of Thorns and Roses series is by far one of the spiciest young adult series out there. I definitely went with a more “tame” quote for this one, but don’t let it fool you! The series debut starts off strong with the steamy scenes and only increases in heat from there. Not only does the main character have more than one sexy love interest to choose from, but a lot of the supporting characters are wrapped up in romantic entanglements of their own that are just as swoon-worthy. The fantasy action-adventure, humor and heart in this story ensure that the trilogy has sugar, spice and everything nice. 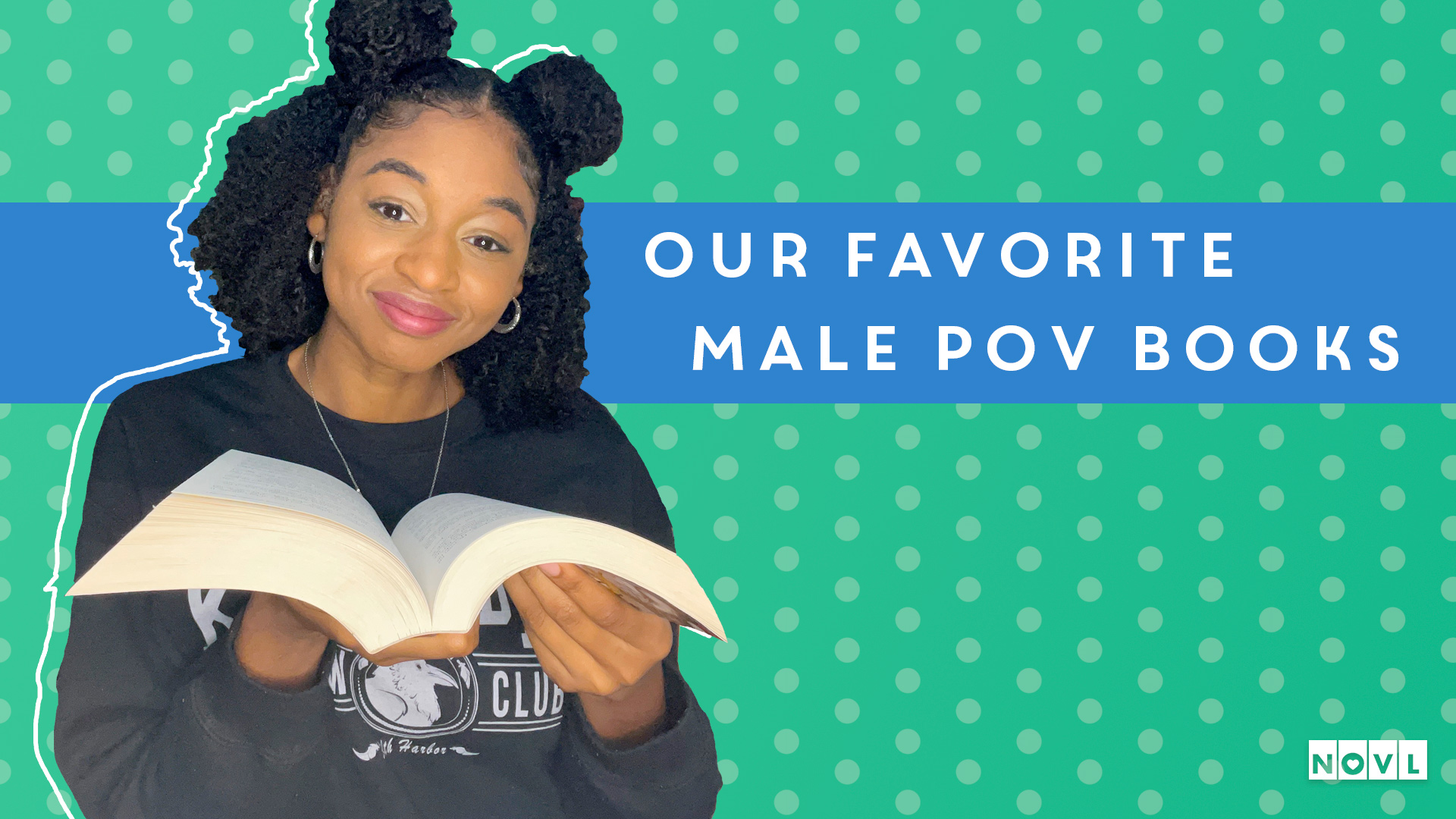 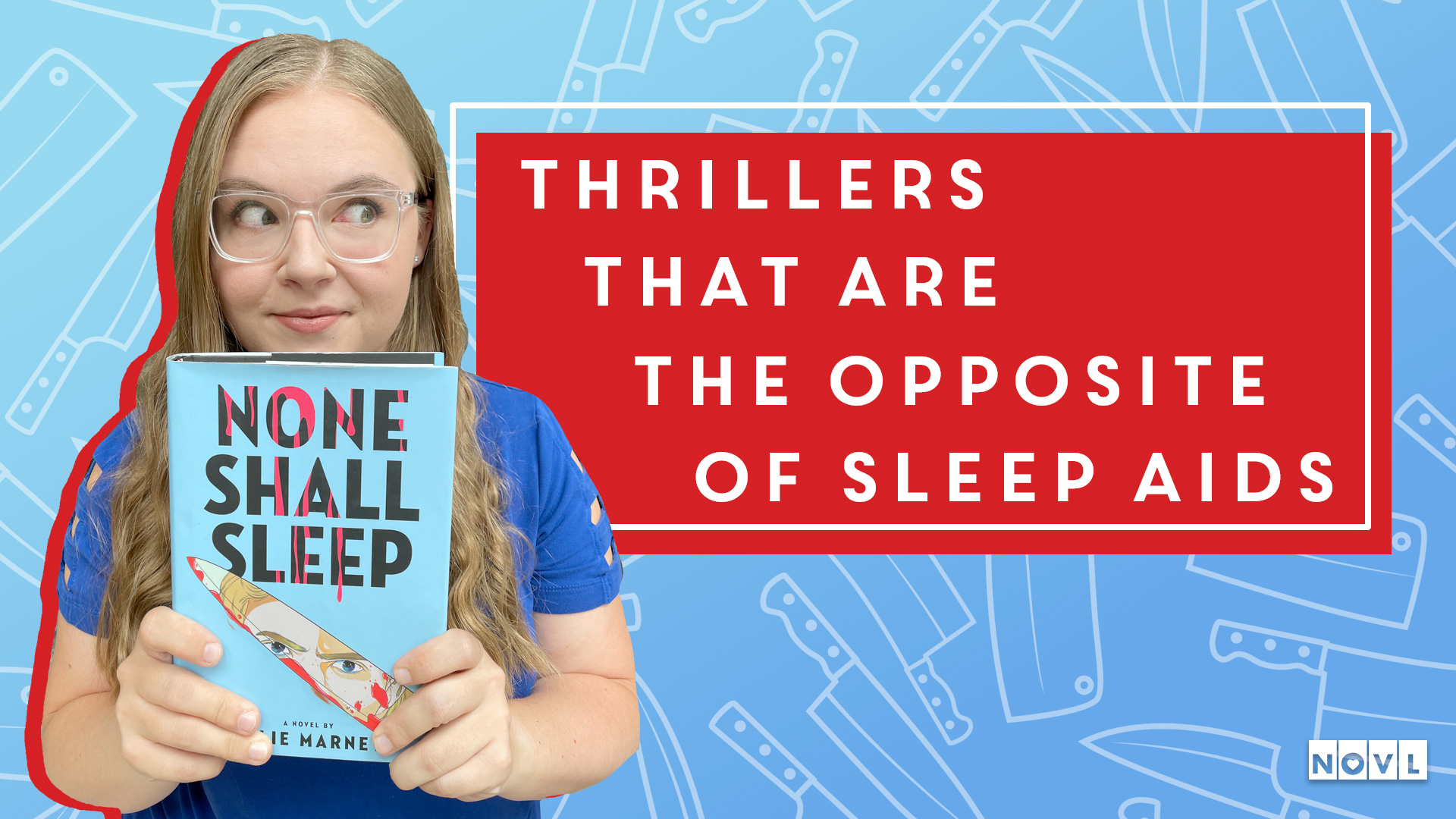