IT IS HERE. THE FIRST CHAPTER OF THE FINAL GAMBIT. I’ll just move out of your way so you can get to reading it!

We need to talk about your eighteenth birthday.” Alisa’s words echoed through the largest of Hawthorne House’s five libraries. Floor‑to‑ceiling shelves stretched up two stories, encircling us with hardcover and leather-​bound tomes, many of them priceless, every single one a reminder of the man who had built this room.

I could almost imagine the ghost of Tobias Hawthorne watching me as I knelt and ran my hand over the mahogany floorboards, my fingers searching for irregularities in the seams.

Finding none, I stood and replied to Alisa’s statement. “Do we?” I said. “Do we really?”

“Legally?” The formidable Alisa Ortega arched an eyebrow at me. “Yes. You may already be emancipated, but when it comes to the terms of your inheritance—”

“Nothing changes when I turn eighteen,” I said, scanning the room for my next move. “I won’t inherit until I’ve lived in Hawthorne House for a year.”

I knew my lawyer well enough to know that was what she really wanted to talk about. My birthday was October eighteenth. I would hit the year mark the first week in November and instantly become the richest teenager on the planet. Until then, I had other things to focus on.

A bet to win. A Hawthorne to best.

“Be that as it may . . .” Alisa was about as easily deterred as a high-​speed train. “As your birthday approaches, there are some things we should discuss.”

I snorted. “Forty-​six billion of them?”

As Alisa gave me an exasperated look, I concentrated on my mission. Hawthorne House was filled with secret passages. Jameson had bet me that I couldn’t find them all. Eyeing the massive tree trunk that served as a desk, I reached for the sheath fixed to the inside of my boot and pulled out my knife to test a natural crack in the desk’s surface.

“Moping check!” Xander “I’m a Living, Breathing Rube Goldberg Machine” Hawthorne poked his head into the library. “Avery, on a scale of one to ten, how much do you need a distraction right now, and how attached are you to your eyebrows?”

Jameson was on the other side of the world. Grayson hadn’t called once since he’d left for Harvard. Xander, my self-​appointed BHFF— Best Hawthorne Friend Forever— considered it his sacred duty to keep my spirits high in his brothers’ absence.

Xander gave a little bow. “Then I bid you adieu.” In a flash, he was gone.

Something was definitely exploding in the next ten minutes. Turning back toward Alisa, I drank in the rest of the room: the seemingly endless shelves, the wrought-​iron staircases spiraling upward. “Just say what you came here to say, Alisa.”

“Yes, Lee-​Lee,” a deep, honeyed voice drawled from the hall. “Enlighten us.” Nash Hawthorne took up position in the doorway, his trademark cowboy hat tipped down.

“Nash.” Alisa wore her power suit like armor. “This doesn’t concern you.”

Nash leaned against the doorframe and lazily crossed his right foot over his left ankle. “Kid tells me to leave, I’ll leave.” Nash didn’t trust Alisa with me. He hadn’t for months.

“I reckon I can.” Nash made no move to push off the doorframe. He was the oldest of the four Hawthorne brothers and used to riding herd on the other three. Over the past year, he’d extended that to me. He and my sister had been “not dating” for months.

“Isn’t it not-​date night?” I asked. “And doesn’t that mean you have somewhere to be?”

Nash removed his cowboy hat and let his steady eyes settle on mine. “Dollars to doughnuts,” he said, turning to amble out of the room, “she wants to talk to you about establishing a trust.”

I waited until Nash was out of earshot before I turned back to Alisa. “A trust?”

“I merely want you to be aware of your options.” Alisa avoided specifics with lawyerly ease. “I’ll put together a dossier for you to look over. Now, regarding your birthday, there’s also the matter of a party.”

“No party,” I said immediately. The last thing I wanted was to turn my birthday into a headline-​grabbing, hashtag-​exploding event.

“Do you have a favorite band? Or singer? We’ll need entertainment.”

I could feel my eyes narrowing. “No party, Alisa.”

“Is there anyone you’d like to see on the guest list?” When Alisa said anyone, she wasn’t talking about people I knew. She was talking about celebrities, billionaires, socialites, royals. . . .

“You really should consider the optics—” Alisa began, and I tuned out. I knew what she was going to say. She’d been saying it for nearly eleven months. Everyone loves a Cinderella story.

Well, this Cinderella had a bet to win. I studied the wroughtiron

I walked toward it, then scaled the steps. On the second-​story landing, I ran my fingers along the underside of the shelf opposite the stairs. A release. I triggered it, and the entire curved shelf arced backward.

“No party,” I called down to Alisa again. And then I disappeared into the wall. 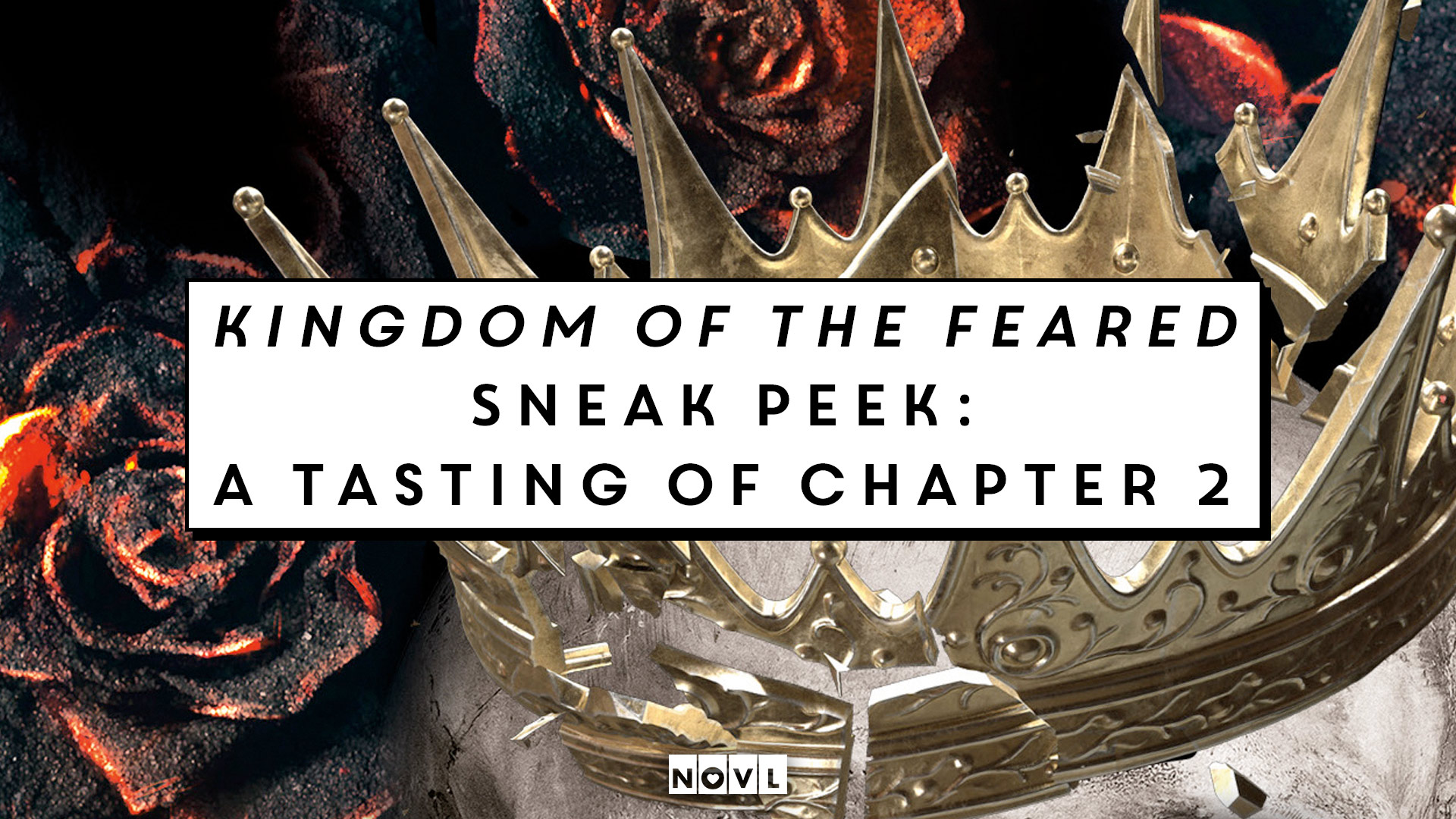 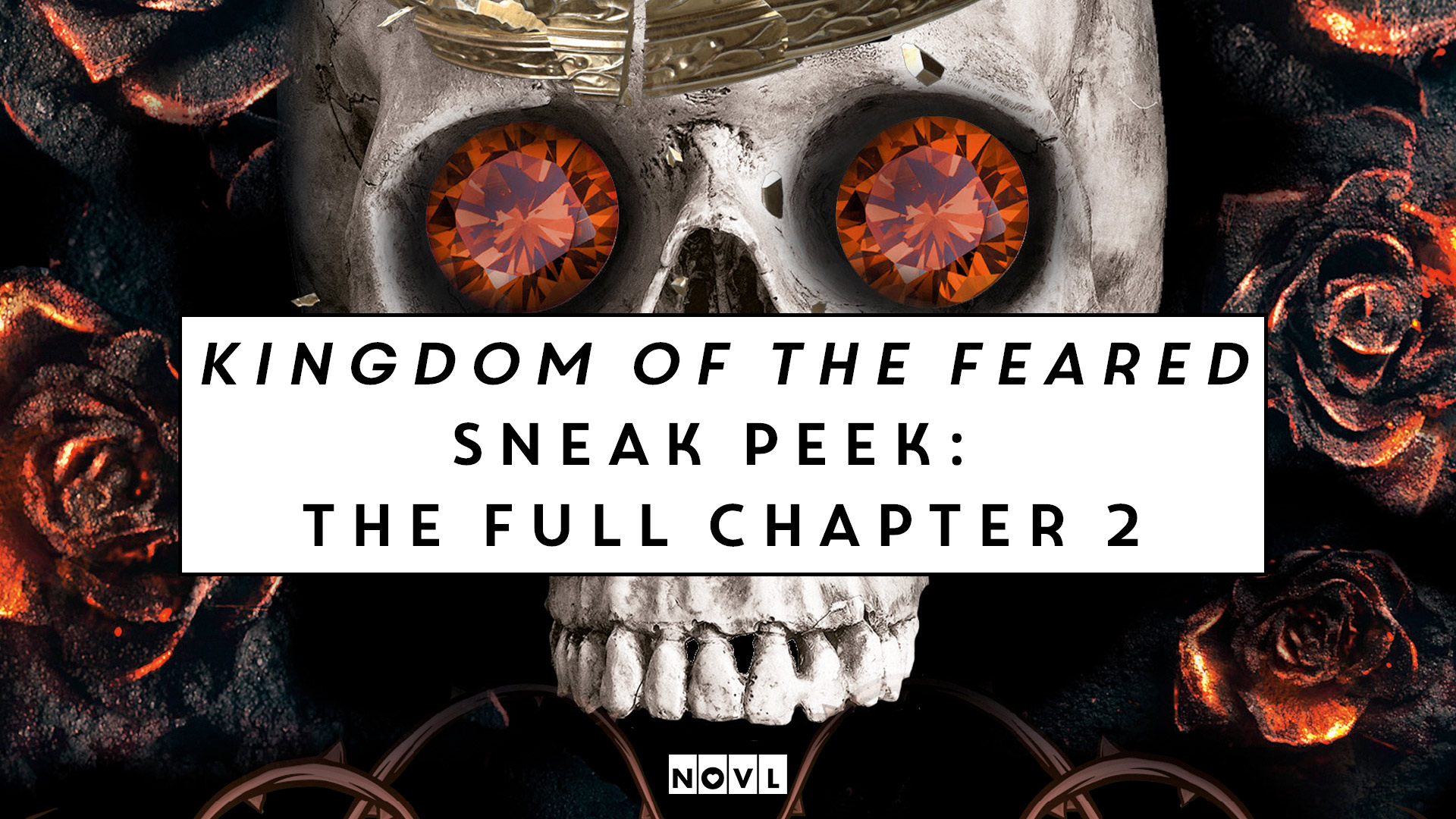