I have a love/hate relationship with cliffhangers. On one hand, nothing gets me more excited than a truly excellent cliffhanger. The suspense! The tension! A good heart-stopping cliffhanger is guaranteed to really ignite my passion for reading. However, with every good cliffhanger there is usually a wait time for the next book. The best cliffhangers are when you’re binging a series that is already out, because you can just find out what happens. But when I don’t have the opportunity to dive right into the next book, it kind of makes me want to set something on fire. Which is less than advisable. So instead I’m ranking cliffhangers in YA from frustrating to “I WANT TO RIP MY HAIR OUT.” Because it is helpful to channel frustration and rage into something creative. Or so I’ve been told.

SPOILER ALERT: okay, so I’m going to try to be as non-spoilery as I can be, but even just telling you the end of the book is cliffhanger might justify as a spoiler in and of itself. So read with caution!

Betrayal, revolt, and a narrow escape, and then the book ends. It just ends! Look, I knew it was coming to a close, but like – like – like – why? Why did you have to end it there? Victoria, why? I needed to know what was gonna happen and it was just over. If you want a freeze frame of my face after that ending, look no further than the pikachu meme.

Okay, so I knew in the end of Rule that not everything was going to be cleared up because Rise was coming. But I was kind of expecting Rise to be about Akeylah, Ren, and Zofi battling it out for the throne after discovering who their blackmailer was. That ending of Rule though! Let’s just say that cliffhanger had me asking, “But who? But why? How? How? HOW?!”

10. GRACE AND FURY BY TRACY BANGHART

I was quite lucky when I read this book, because book two was already in the office and I could just dive right in. And I had been warned that this ended on a cliffhanger, so I was prepared with book two on-hand. But TRACY! That was just cruel. The fate of every character is up in the air and you just end it. I mean, it was fine for me, but think of the people Tracy! The people!

9. STRANGE THE DREAMER BY LAINI TAYLOR

This book shattered my composure at work. I came so close to openly sobbing at my desk. Strange the Dreamer is so beautifully tragic, it hurts my heart even thinking about it. In the end, the power has shifted so drastically. Lives were shattered, revelations made, secret histories discovered. And while the immediate action has ceased, threats were made, and a greater conflict promised in book two. And there were so many unanswered questions! So many cliffs I was hanging upon!

Was anyone else severely angry they had to wait for Mockingjay? Because I was! I was so mad. You can’t just end Catching Fire like that and expect me to be okay! The fate of my favorite bread-boy Peeta hangs in the balance, alongside the fate of EVERYONE. Revolution has just begun and then the book ends. What kind of cruel torture is this?

7. SIX OF CROWS BY LEIGH BARDUGO

Ahem. Miss Bardugo? NOT COOL, MATE. NOT FREAKING COOL. The end of this Ocean’s 11 in magic-filled Amsterdam was not okay. Just when you think the Dregs are at their lowest, and the stakes are at their highest, a switcheroo takes place! And then another! And then another! And by the end no one is happy with where they are and it’s all very dismaying and not fair and I did not like having to wait. Not in the least bit.

6. COURT OF MIST AND FURY BY SARAH J. MAAS

FEYRE. RHYSAND. TAMLIN. Omg, this cliffhanger made me want to throw my book across the room. That ending though! I was lucky enough to approach this series after the third book was already out, so I only had to wait a couple days before I could rent it from the library and find out how the whole thing wrapped up. Shifting alliances, secrets galore, the separation of the OTP. UGH. It still hurts my heart thinking of the stress I felt.

5. GIRLS OF PAPER AND FIRE BY NATASHA NGAN

The ending of Girls of Paper and Fire was solid. The main action had ended with the promise of more to come in the next two books. Over-all, a nice conclusi – wait. Wait. That last page? That last page tho? Excuse me? EXCUSE ME? Nah. No. Nu-uh. I REFUSE. Girls of Storm and Shadow doesn’t come out until NOvEmbEr!? Nah. Nope. That is v upsetting and I am distressed.

If you follow @thenovl on insta, you know Nat and I have discussed this a few times. But the ending of Light Years was straight up rude. Like, not fair, dude. I went into this expecting a good time, and instead I had to wait a whole day until I could grab my ARC of Supernova from work to find out what happens to my favorite space-babies. And that whole day wait was stre-ess-ful. I needed to know what happened to my favorite personal favorite, space spy badass Orelia! Honestly, I don’t know how y’all have been doing it, waiting this long.

M’kay, Scott. I see you. I see you and your extensive history with the cliffhanger. To be fair, you’re really good at it. But whenever you leave a cliffhanger, that means I have to wait until the next book is out to know what the fallout from the catastrophic endings of your books are, and it’s not faaaaaair. Impostors continues the long-standing tradition of my eyes popping out of my head Beetlejuice style at the end of a Scott Westerfeld novel. Now where is Shatter City, cause I need it NOW.

You want to know what is so frustrating about his book? THERE IS NO BOOK TWO! Excuse me? EXCUSE? For that fact alone, this book ranks so high. HOW AM I supposed to move on when you do me like that, huh? What am I supposed to do with my life now besides stare at a wall and wonder?

1. THE WICKED KING BY HOLLY BLACK

Did y’all really think I would pick a different book for the number one place? I mean you saw who was writing this article. For those of you who don’t know my history with The Folk of the Air, allow me to illuminate you. Holly Black has been one of my favorite writers since the Spiderwick Chronicle days. When I discovered she was writing a new YA set in Faerie, I was very excited. And then I read The Cruel Prince. In one day. And then I immediately re-read it. BECAUSE IT’S BRILLIANT. And, tbh, did not see that ending coming and then I had to wait a year before the next book. But, you might be asking yourself, why is The Wicked King on this list and not The Cruel Prince. Well when I interviewed for my position here at NOVL, I was granted a gift of incredible import. ‘Twas an ARC of The Wicked King! I meant only to read until midnight. At 4am I finished the book and was struggling not to scream and wake up my roommate. You know if you read the book that the ENDING WAS CATASTROPHIC. ALLIANCES WERE SHIFTED. POWER MOVES WERE MADE. BETRAYAL WAS RAMPANT. It’s been a long wait, but we’re nearly there. It’s almost here. The end of the saga is coming! 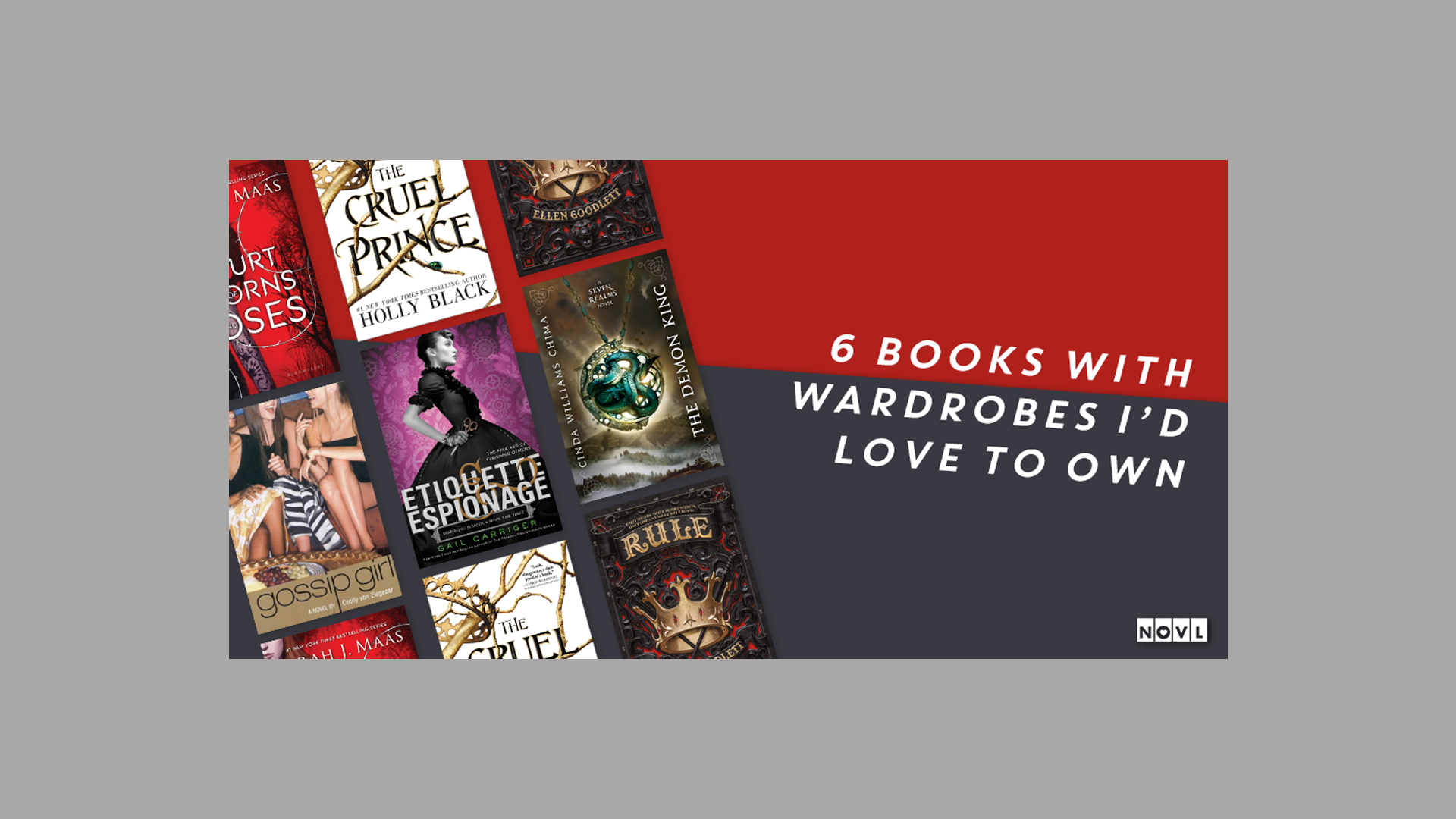 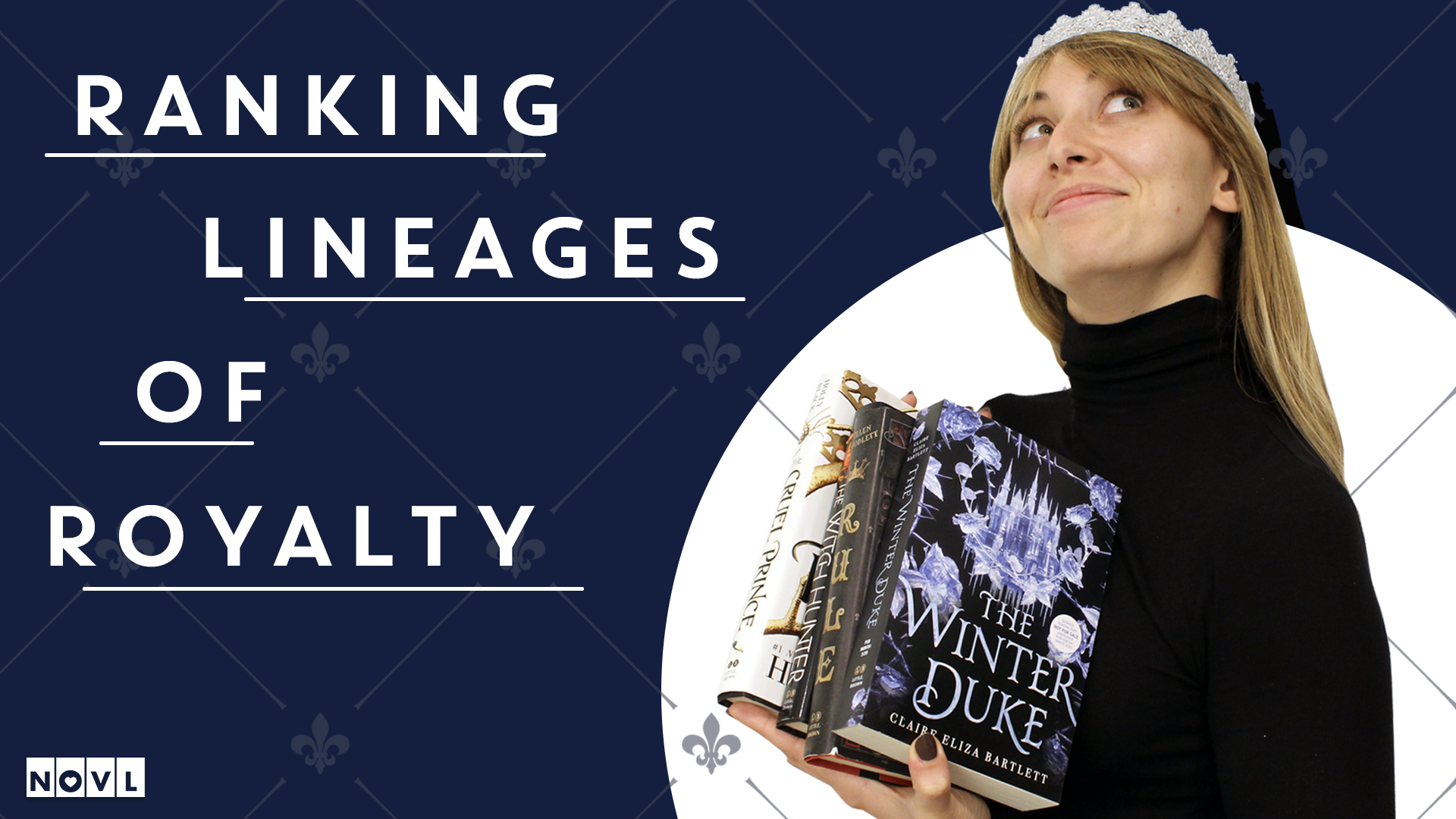